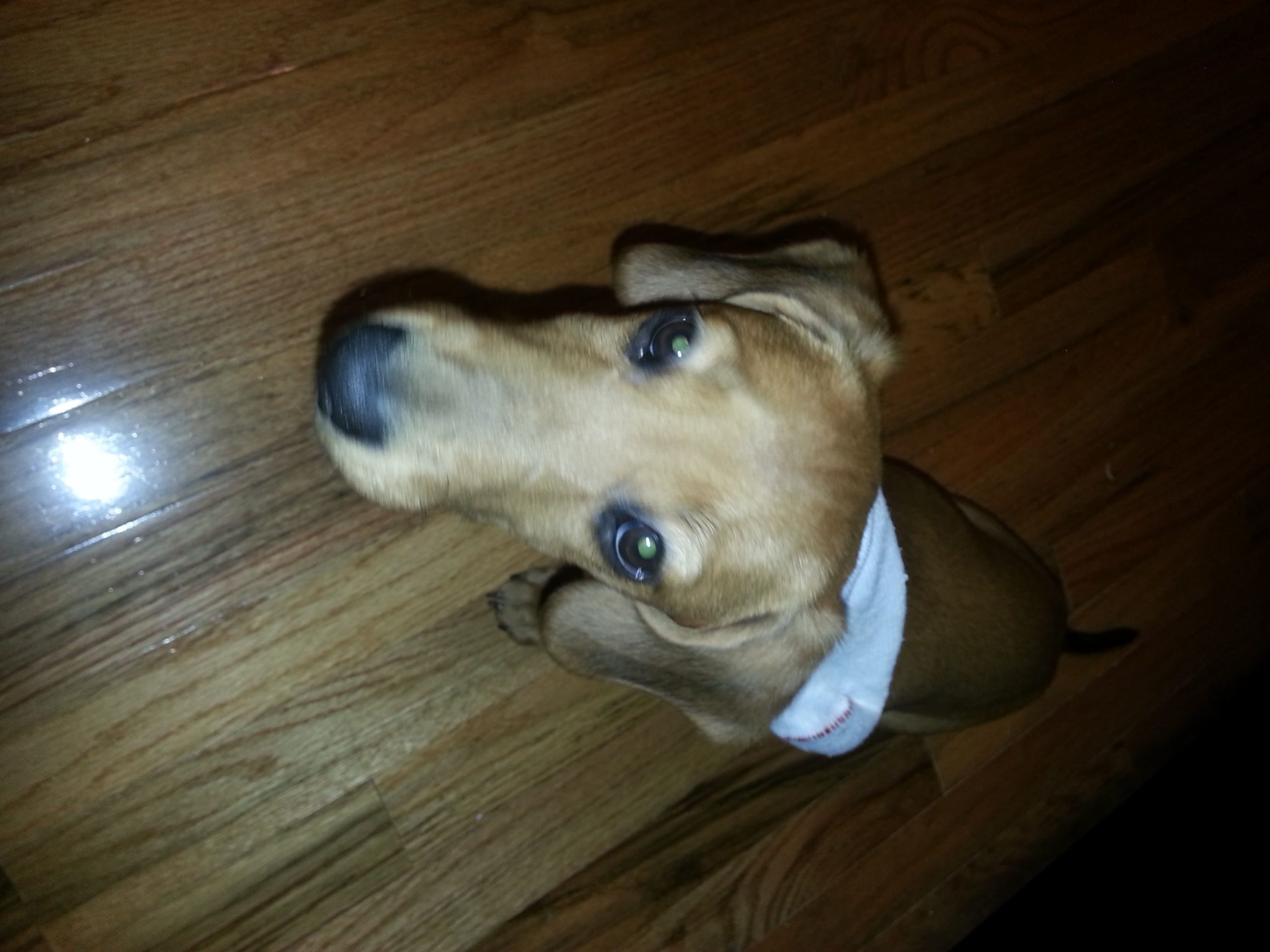 They say housebreaking a small breed dog is harder than a large breed dog. How would I know, I am a doberwoman that picked it up pretty quickly, even living on the third floor of an apartment! Watson is pretty goofy and I think sometimes he just forgets to potty outside. He is always taken out the same door, put in the same patch of grass and they always use the same command. He goes outside a lot, or I think so anyways, poor guys got such a tiny bladder. There is a rule on how frequent a puppy should be taken outside, however many months old plus one is how many hours they should be able to hold it. For example, Watson is five months, so he should be a able to hold it for six hours. Thankfully he can hold it a little longer then that! Except for after he eats, he has to go out about 30-60 minutes after eating. With us being fed meals, it really helps us get on a bathroom schedule. TMI, sorry! The biggest thing that helps with housebreaking Watson, are his cues. He does this wild man bucking bronco run when he has to go number two, I know it is time for him to “go potty!” Hopefully since it’s officially spring now, Watson will continue to learn to go outside to go potty since there shouldn’t be anymore snow (at least that’s what I am hoping!)