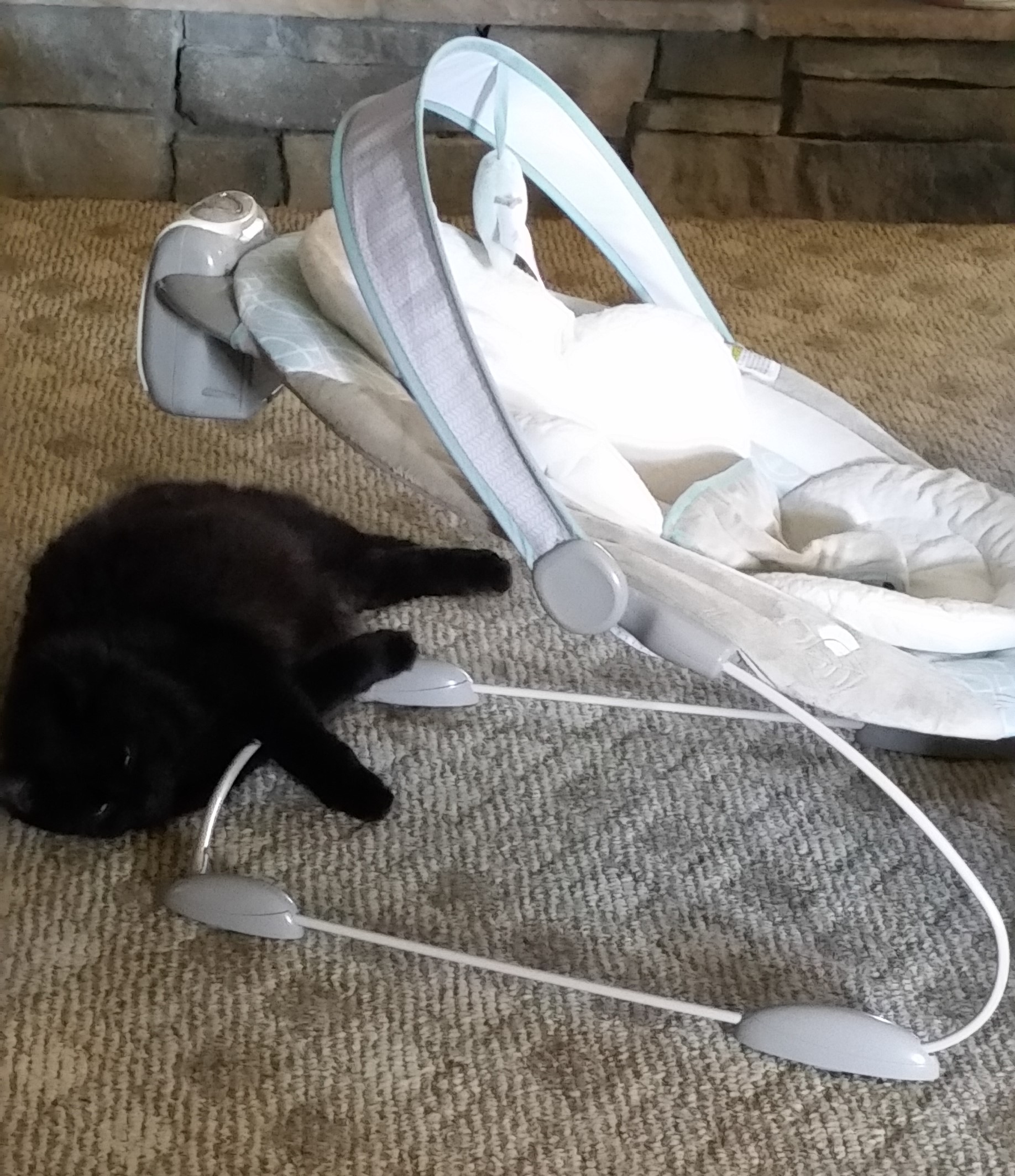 Preparing for a new baby

Many people know that Dr. Mahan had her first baby at the end of October.  It hasn’t been too stressful of a time for me as they have done a great job acclimating me to the changes slowly.  For example, us pets will be allowed in the nursery but not unattended.  I don’t think they want the cat having free roam, so we are allowed in the nursery only while a human is in there.  When they are not in the nursery, the door is shut and we aren’t allowed in there.  They have also put up “baby things” such as a bouncer, pack and play, and car seat.  At first it was very overwhelming to Watson and I, why were there new things up where we commonly play?  But slowly it is becoming the new normal for us.  Kuroi is even learning to sleep under the bouncer, not in it!  I know that my life is going to change but I can’t wait to meet the new little guy and be his protector!