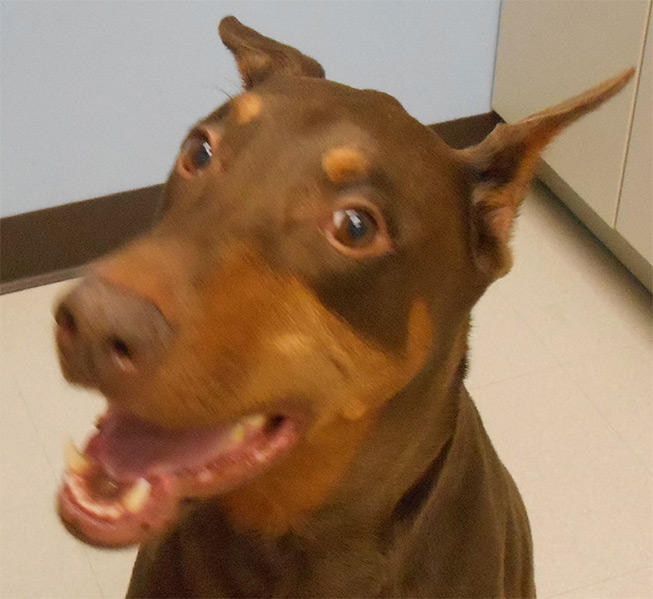 I was so saddened to hear about the loss of a fellow doberwoman, Kokoro. Koko’s stomach bloated and then it twisted on itself, called a GDV (gastric dilatation volvulus). Unfortunately no one knows what causes it and there are many studies that talk about risk factors (or so I hear from the people that read.) I’m not allowed to eat really fast and I am not allowed to run around outside or rough house inside 1 hour before or after eating.

Deep chested breeds such as german shepherds, great danes, irish setters and others including us dobermans are more “at risk”. A common sign of GDV is retching, like acting like I have to burp but nothing comes up (remember the stomach is twisted and filling with gas, but it can’t escape.) Usually by the time people see the belly getting big, the GDV is pretty far along and they shouldn’t wait to call the vet (it can cause death in less then a day!) It can be diagnosed by radiographs (x-rays) and is only treatable by surgical correction. One recommended way to prevent it is to have a prophylactic gastropexy, that’s a fancy way of saying suturing the stomach to the belly wall so that it cannot physically flip. Many people have this done when they spay their dog. I met Kokoro a couple of times while she was on bed rest at the hospital and I know she is now running free and eating all that she wants!